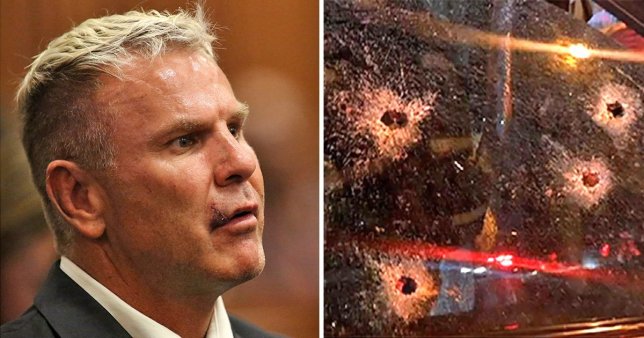 Police spokesperson Col Lungelo Dlamini said two men on a motorcycle shot Batchelor, “before he could drive into his premises at Olivedale after 6 pm”.

Dlamini confirmed that Batchelor was the victim in the shooting and that the retired footballer’s family had been informed.

“He was shot through the window several times and died at the scene. The motive for the attack is unknown at this stage as nothing was taken. No suspects have been identified.”

When TimesLIVE phoned a number belonging to Batchelor’s brother, Warren, a woman answered and said the family was still at the scene and “trying to deal with what has happened”.

Pictures of the scene last night showed at least seven bullet holes in the car’s window and at least one other bullet hole in the driver’s door panel.

Around three hours after the incident, police security was still tight at the scene on Market Road. Only marked vehicles were allowed to enter the area.

The end of the road was populated with journalists, onlookers and neighbours who were prevented from accessing their homes as it was an active crime scene.

About 70m from where reporters had gathered stood Batchelor’s car. The white BMW X5 had its door open, and occasionally people peered in. In the front, slumped over, was Batchelor’s body. Blood had trickled down his tattooed arm and dried near his wrist.