BAFANA BAFANA TO FACE EGYPT IN ROUND OF 16 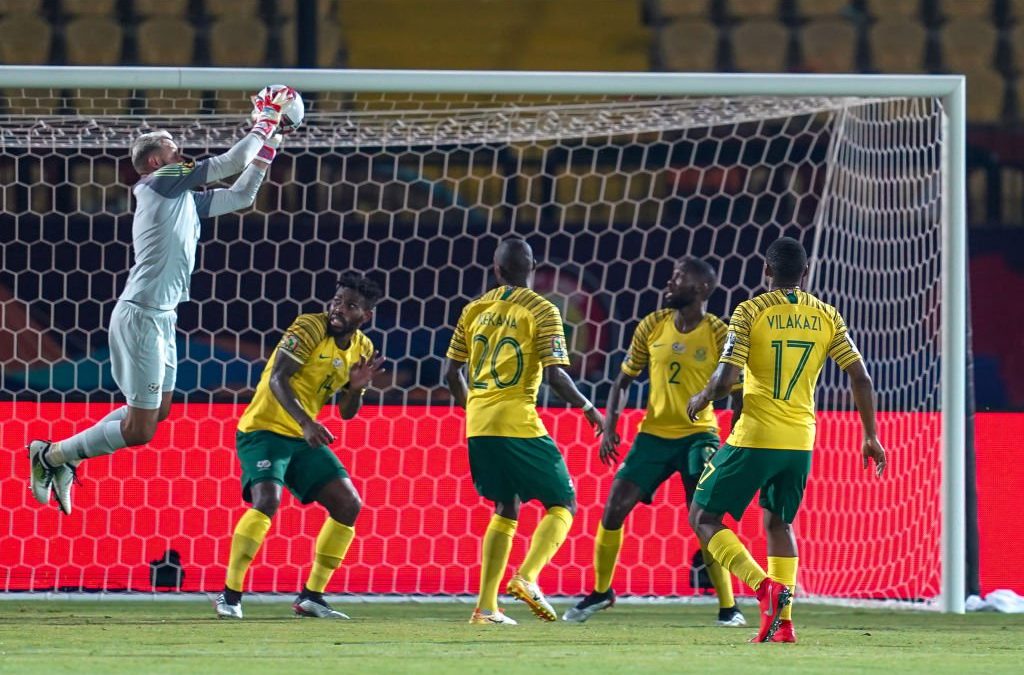 Hosts Egypt will face Group C third place South Africa in the round of 16 of the 2019 Africa Cup of Nations.

The Pharaohs of Egypt qualified for the round of 16 with the full mark after winning their three group games against Zimbabwe, DR Congo, and Uganda.

They were set to face the best third-placed team from either group C, D, or E in their first game in the knockout rounds.

The best third-placed side from group C was Kenya, who collected only three points with a goal difference of -4.

However, this wasn’t enough for Victor Wanyama’s team to reach the round of 16 as they lost their place to South Africa of group D, who will face Egypt instead.

Bafana Bafana had also managed to get three points only, but had a much better goal difference than Kenya (-1).

South Africa opened their campaign with a 1-0 defeat to Ivory Coast, before winning their only game against Namibia, thanks to Bongani Zungu’s strike and their final game saw them suffer a late 1-0 defeat to Morocco.

The 1996 AFCON winners had to wait for gifts from Ghana and Mali, who both beat Guinea-Bissau and Angola, to guarantee South Africa’s presence in the round of 16.

Egypt have met South Africa twice in the AFCON before, with the Pharaohs coming out on top on both occasions in the group-stages of the 1996 tournament and finally in the 1998 final.

The winner between South Africa and Egypt will face the winner of Cameroon-Nigeria clash in the quarter-finals.