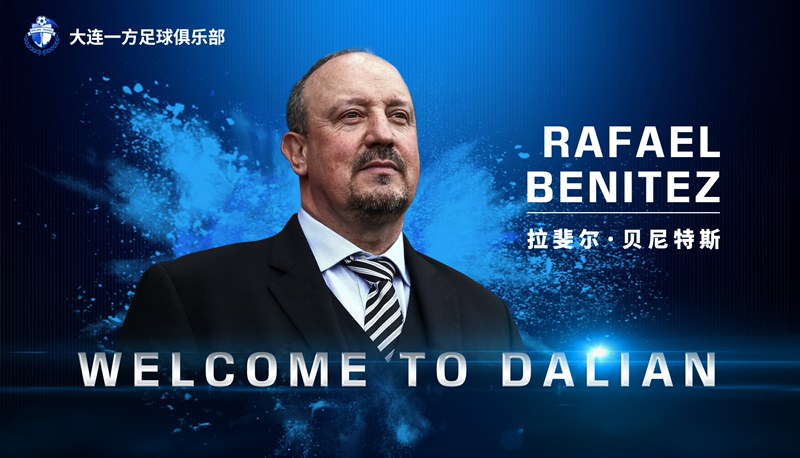 Rafa Benitez has been unveiled as the new manager of Nyasha Mushekwi’s Chinese Super League side Dalian Yifang, following the manager’s recent departure from Newcastle United.

Benitez has wasted little time in deciding on his next venture, after agreeing to the move to Asia on a lucrative contract.

The Champions League winning boss has penned a huge £12million-a-year deal with the club, who made him their No 1 target.

Due to Benitez leaving Newcastle following the expiration of his contract, no compensation has to be paid to the club.

‘After a long path… we start a new challenge! I’m happy to begin this project with Dalian Yifang,’ wrote the former Liverpool boss.