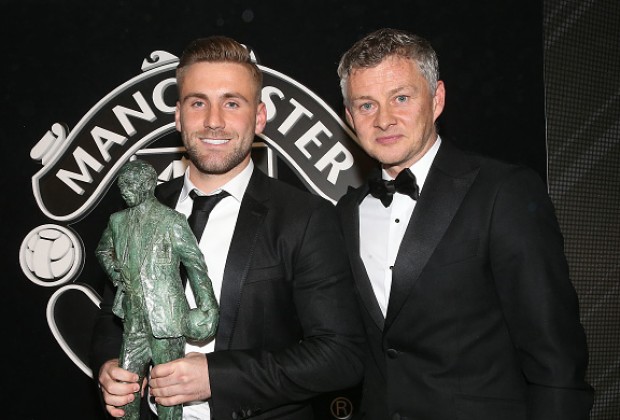 While all of the other top six clubs in England are still chasing silverware, Manchester United’s campaign will end trophyless. along with the failure to qualify for the UEFA Champions League. But despite the club’s struggles, United announced their Player of the Year on Thursday night.
The club’s awards gala took place on Thursday evening, with Luke Shaw being named the Player of the Year following a vote by the fans.
The 23-year-old beat Victor Lindelof and Paul Pogba to the prestigious award, replacing last year’s winner David de Gea.
“It’s obviously nice for me, but I’d rather win no (individual) trophies and have a better season as a team,” Shaw said after receiving his award, as quoted by the club’s official website.
“We need to move on and focus now on next season and what’s to come.
“Ole has done an amazing job and, of course, we’ve had ups and downs but he’s obviously looking forward to getting us back in pre-season and getting his proper work done for next season.
“We’re all looking forward to starting fresh next season with him as the manager.”
Although it has been a difficult season for the Red Devils, Shaw won the club’s Player of the Month award on three occasions in 2018/19. He has made 40 appearances in all competitions so far in this campaign, scoring once and assisting another five strikes.
Shaw also won the Player’s Player of the Year award, which is voted for by the United squad. – SL